Wreck-A-Mecha Is Now On Kickstarter! 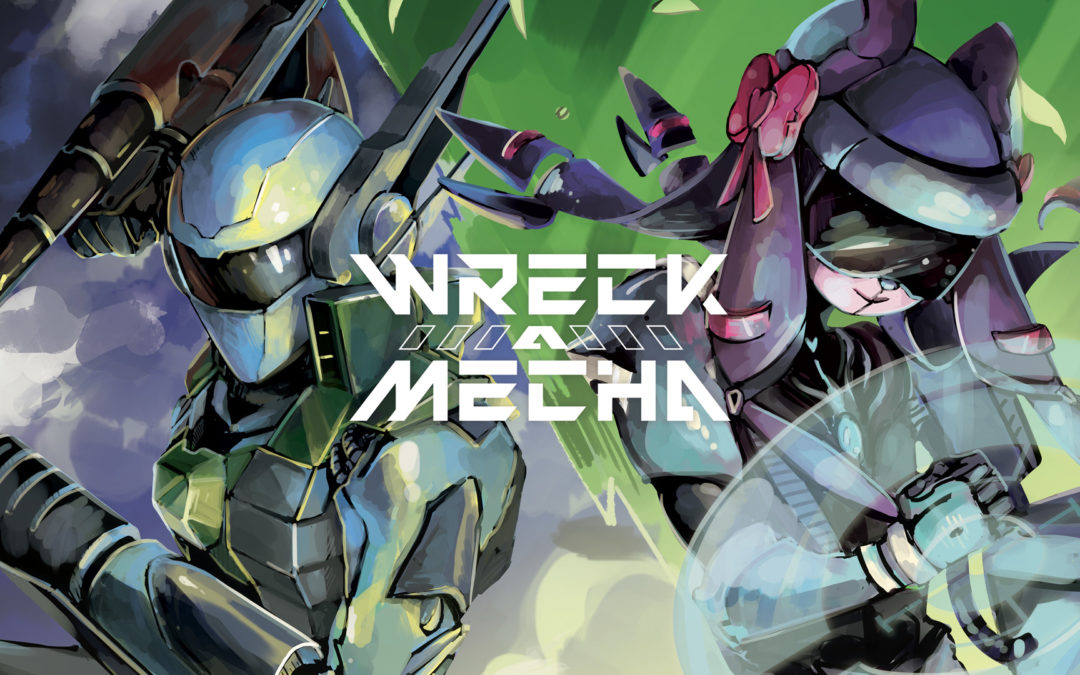 Go head to head in Wreck-A-Mecha, a fast-paced, competitive card game about building a giant robot and blowing up someone else’s. (15 – 30 Minutes, 2 or 4 Players) This is the second game from Black Table Games and we’re very excited to finally share it with you all.

With designs taking inspiration from mecha anime and video games, Wreck-A-Mecha let’s you live out your mecha customization fantasies in a quick, 15-30 minute card game.

In Wreck-A-Mecha players build a giant robot (mecha) from a randomly assigned head and core part along with arms and legs from their decks. Destroying opponent parts earns you victory points and the first to gain 10 points wins. Destroying the core will get you all 10 points, but it’s hard to hit. Players can use an arm to defend, forcing an attack to target it instead of anything else (until it is hit).

Since you are only able to take 3 actions per turn, managing your offense and defense is key to survival. And with a weapon triangle causing weaknesses and resistances along with tons of unique special abilities for each part, you’ll need to install parts strategically to get the upper hand.