The Previews Are In & Bead Sprite Pics! 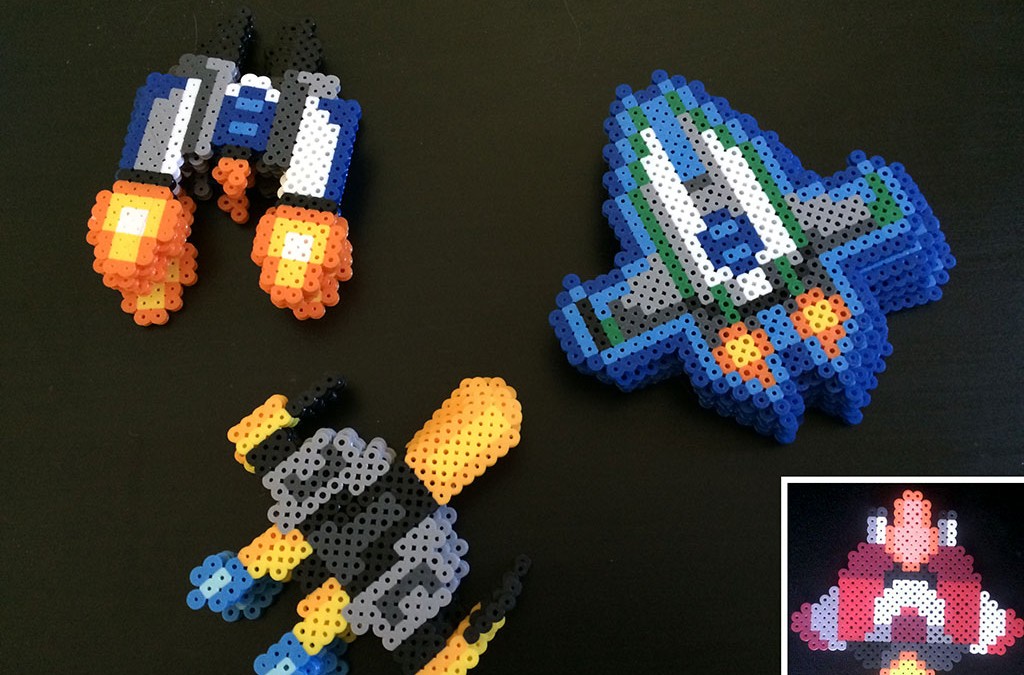 But before all that…

We’ve hit our goal of $2,400 and we still have time to get to our stretch goals. A huge thanks to all of our backers and supporters. You rock!

Remember, if we can get to $3,000 before the end of the campaign, every backer in the “NEXT STAGE” tier and above gets a free bead sprite of their player ship of choice. These are hand made by the talented Mel Paradise. We weren’t able to show Richard’s ship in our last update due to a material shortage, but now we’re happy to share this shot (above) we received from Mel above along with a shot of some of the rest of the ships I already received.

We’re really excited to see the game received so positively from critics. Geekly Inc. and Sidequesting have written some particularly thorough previews you should check out.

Thanks again and let’s spread the word and hit that stretch goal!